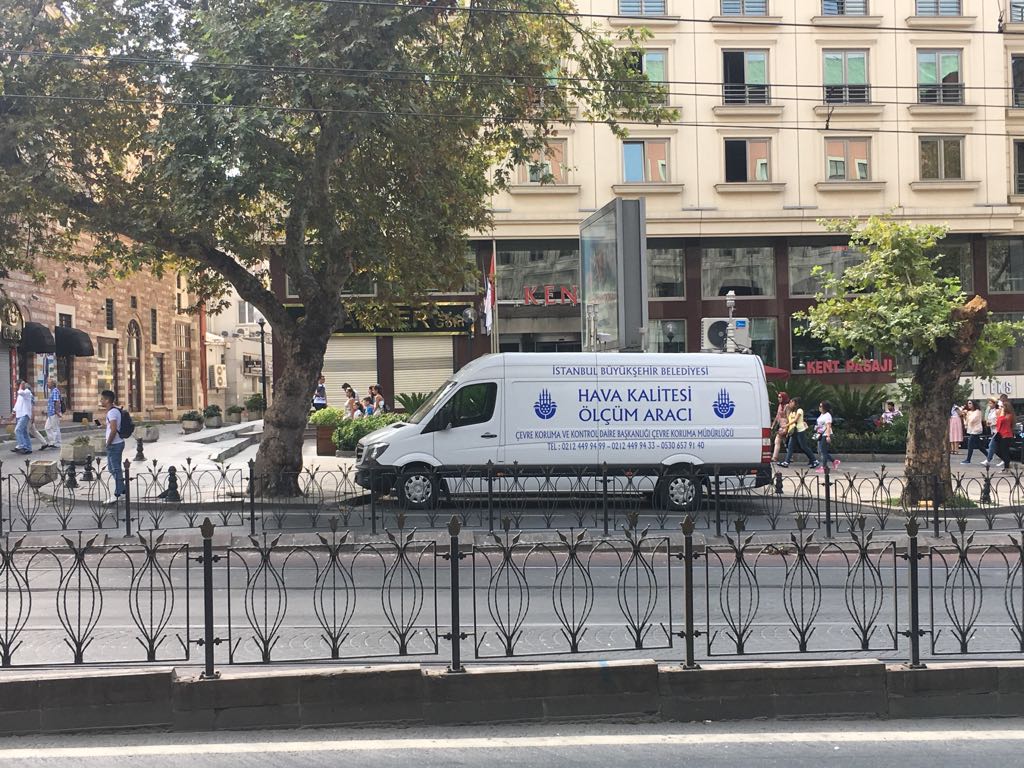 Within the scope of European Mobility Week events, air quality and noise level was measured on “Fatih Ordu Street” where one of the pedestrianization projects was applied by Istanbul Metropolitan Municipality to promote green, healty and clean transport solutions.

Fatih Ordu Street is closed to motorized traffic and it is dedicated for pedestrians and cyclists on every Sunday. Within the scope of the mobility week events, in order to analyze and evaluate the environmental effects of the pedestrianization project implemented on Ordu Street, air quality and noise level were measured by Istanbul Metropolitan Municipality’s mobile vehicles, which is equipped with measurement sensors and compared  on Sunday 17th of September when the street was closed to motorized traffic and on Monday 18th of September when the street was open to daily traffic. The measurement of air quality/pollution/air borne particles and noise level was carried out in accordance with world standards by the mobile vehicle.

On Sunday September 17th, it was found that daytime noise level measurement was 64.1dBA on Fatih Ordu Street when there is only tram pass and there is no motorized traffic flow. It is identified that measured noise level is below the threshold limit, i.e. 65 (dBA), according the Environmental Noise Assessment and Management Regulation.

Based on air quality measurement results, PM10 particle concentration was detected as 57,7ug/m3.  This value was below the threshold in Turkey which is 70ug/m3 for year 2017. On the other hand, on September 18th when the road was available for motorized traffic, PM10 particle concentration was detected as 89,1ug/m3 which is above the threshold. The results measured on two days showed that motorized traffic on Ordu Street causes 55% more pollution to the air.

Air quality measurements carried out on Ordu Street also showed that both SO2 (sulphur dioxide) and NO2 (nitrogen dioxide) concentrations were below the thresholds of Turkey and European Union. It was also detected that CO (carbon monoxide) concentration was also below the Environmental Noise Assessment and Management Regulation. However, it was identified that both NO2 and CO daily average pollutant ratios were at least 75% higher when the road is available for motorized traffic.